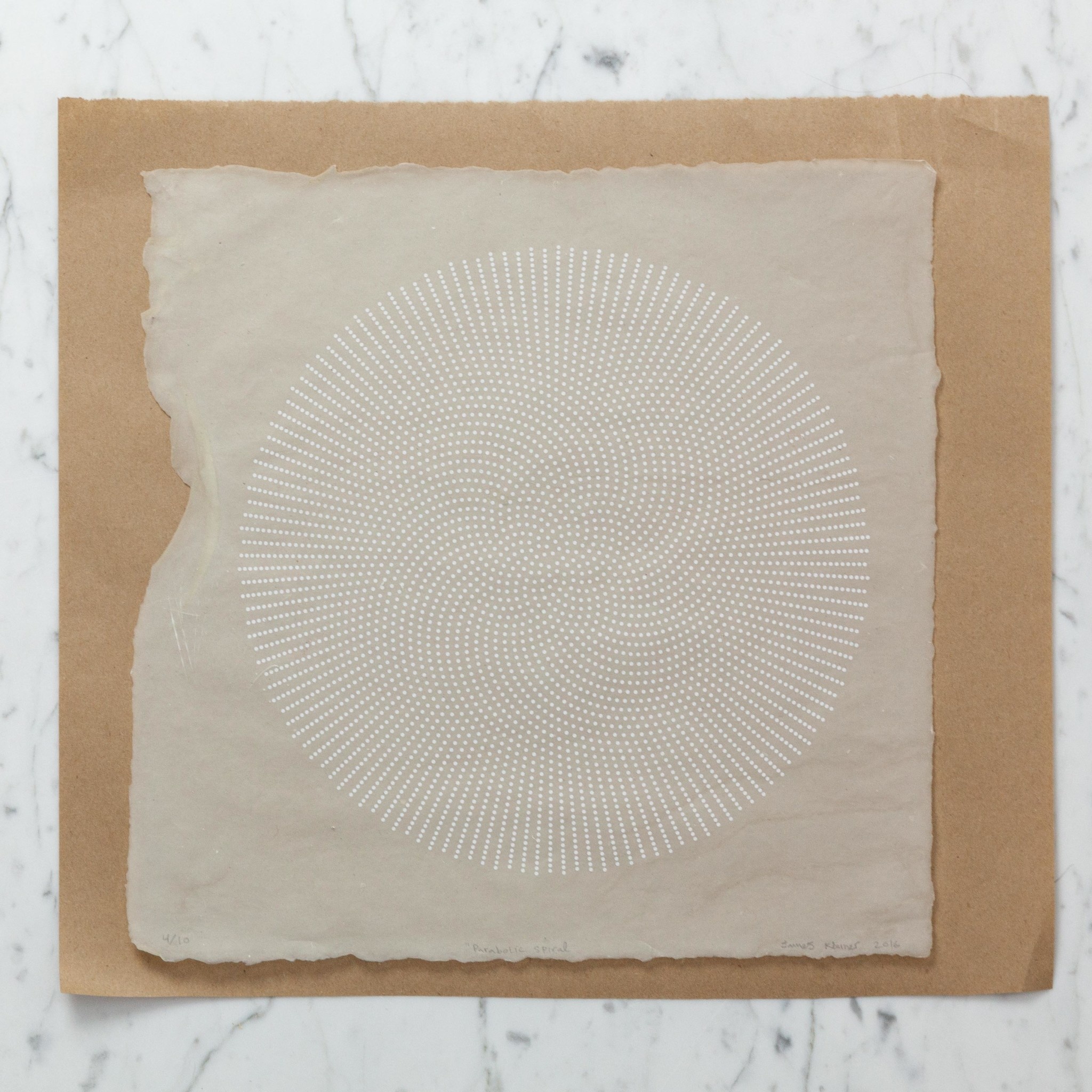 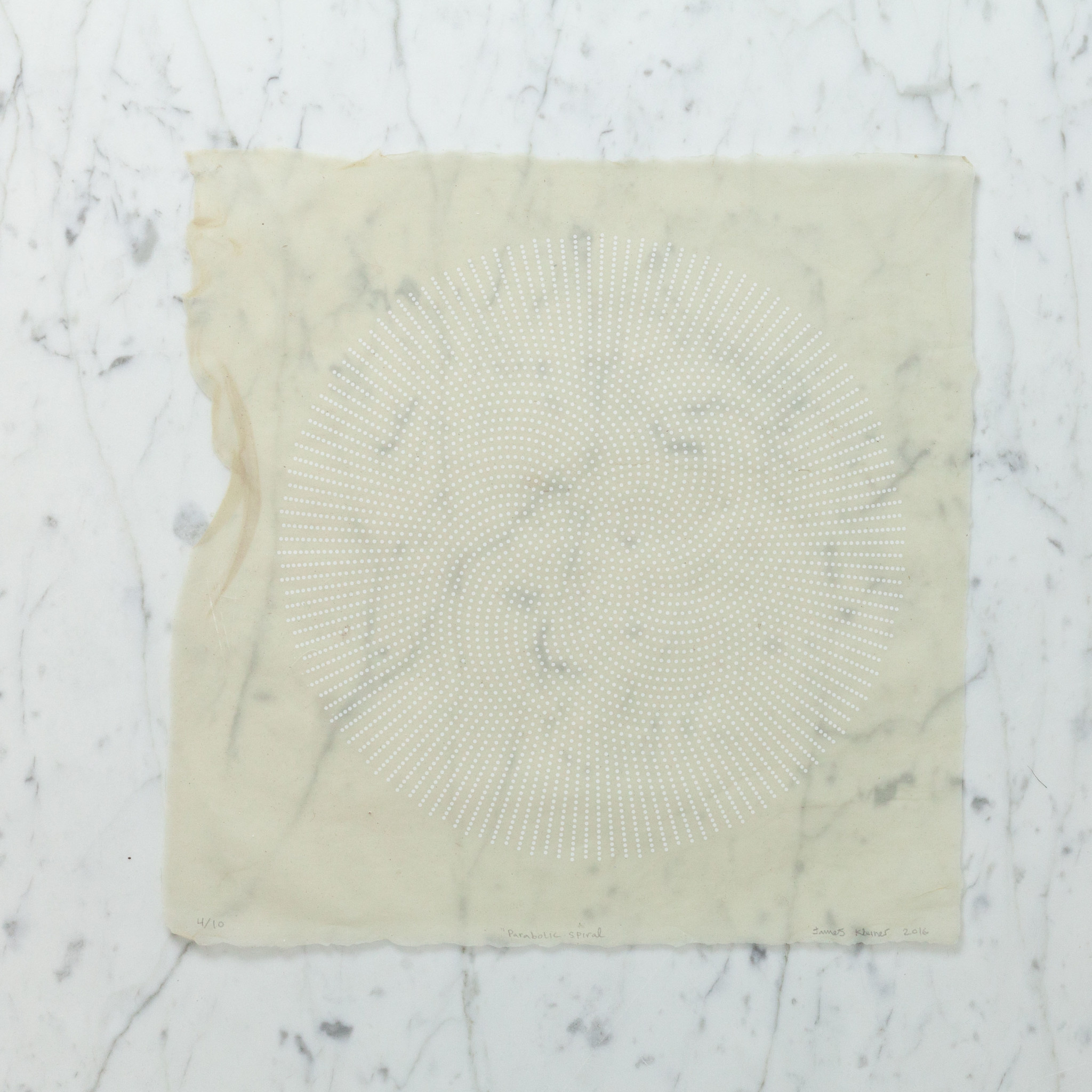 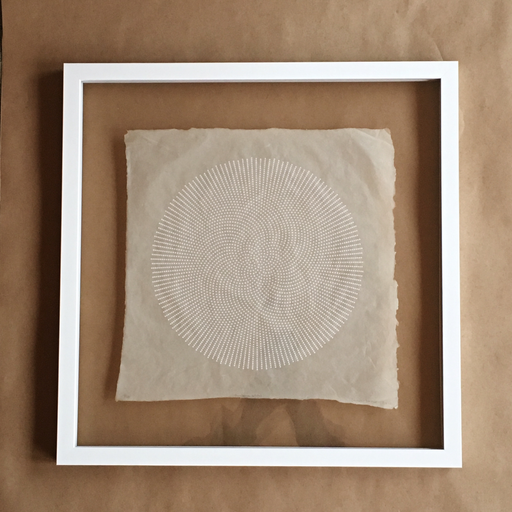 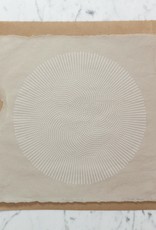 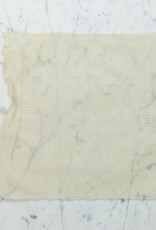 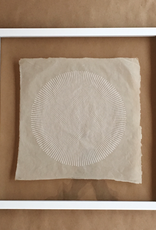 Micro and macrocosms. Bio-mimicry. Repeating and moire patterns. Golden ratios. Phase transition. Entanglement, entropy, and the aggregation of crystals. Minneapolis-based artist and papermaker James Kleiner's works are juxtapositional studies in the beauty of order and disorder. Depicting exquisite, mathematically precise motifs against the lush and tactile organic backdrop of his gorgeous hand-made, flax-based paper, he explores the very concept of what is ""natural"". Both intricate systemized forms (like Fibonacci dahlias or the elemental double-helix of a snakeskin shed) and the luscious "organic" randomness of his flax fibers are "natural", designed perfectly to their specific purpose and use. Like a morel or a mandala, his works are celebrations of the beauty of "natural" utility in all of its forms, which feels a little something like divinity. Plus, they are so very nice to look at.

About this work: Belgium flax beaten in a 25-pound Valley beater for 3.5 hours, then an additional 6 hours in a 2-pound Valley beater. Paper sheets formed using a deckle box, on a mould with a wove facing, and dried under pressure on blotter paper. Screen printed with slightly transparent white acrylic ink.

Imagery based on the work of Pierre de Fermat (1601-1665) whose eponymous law describes the lowest energy configuration of different elements of nature, such as the efficient packing of seeds on sunflower heads, which occurs in Fibonacci ratios. The artist became interested in this pattern after making sunflower paper. Also drawing on the work of Buckminster Fuller, whose philosophy was to accomplish the most with the least amount of energy necessary.

Add your review
0 stars based on 0 reviews