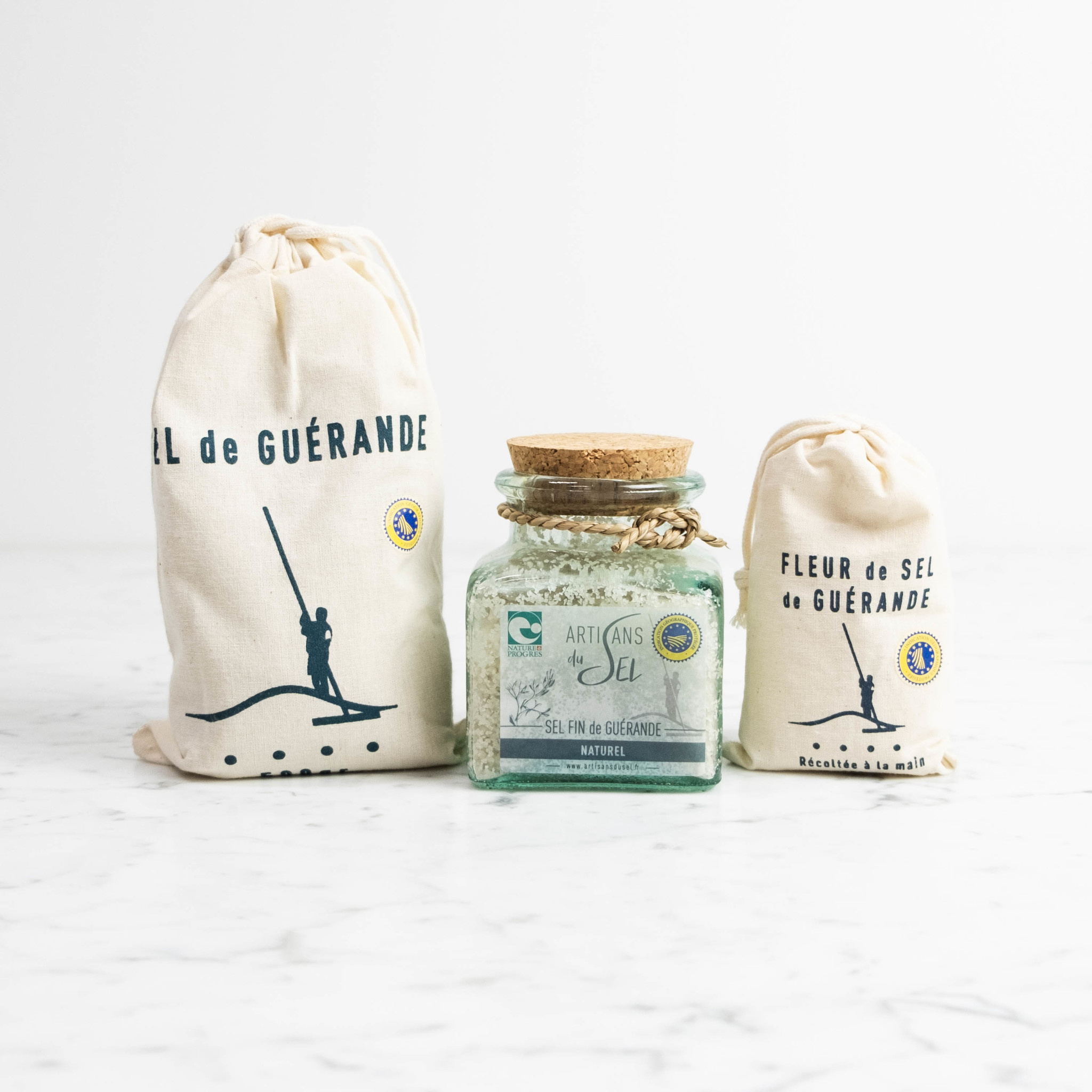 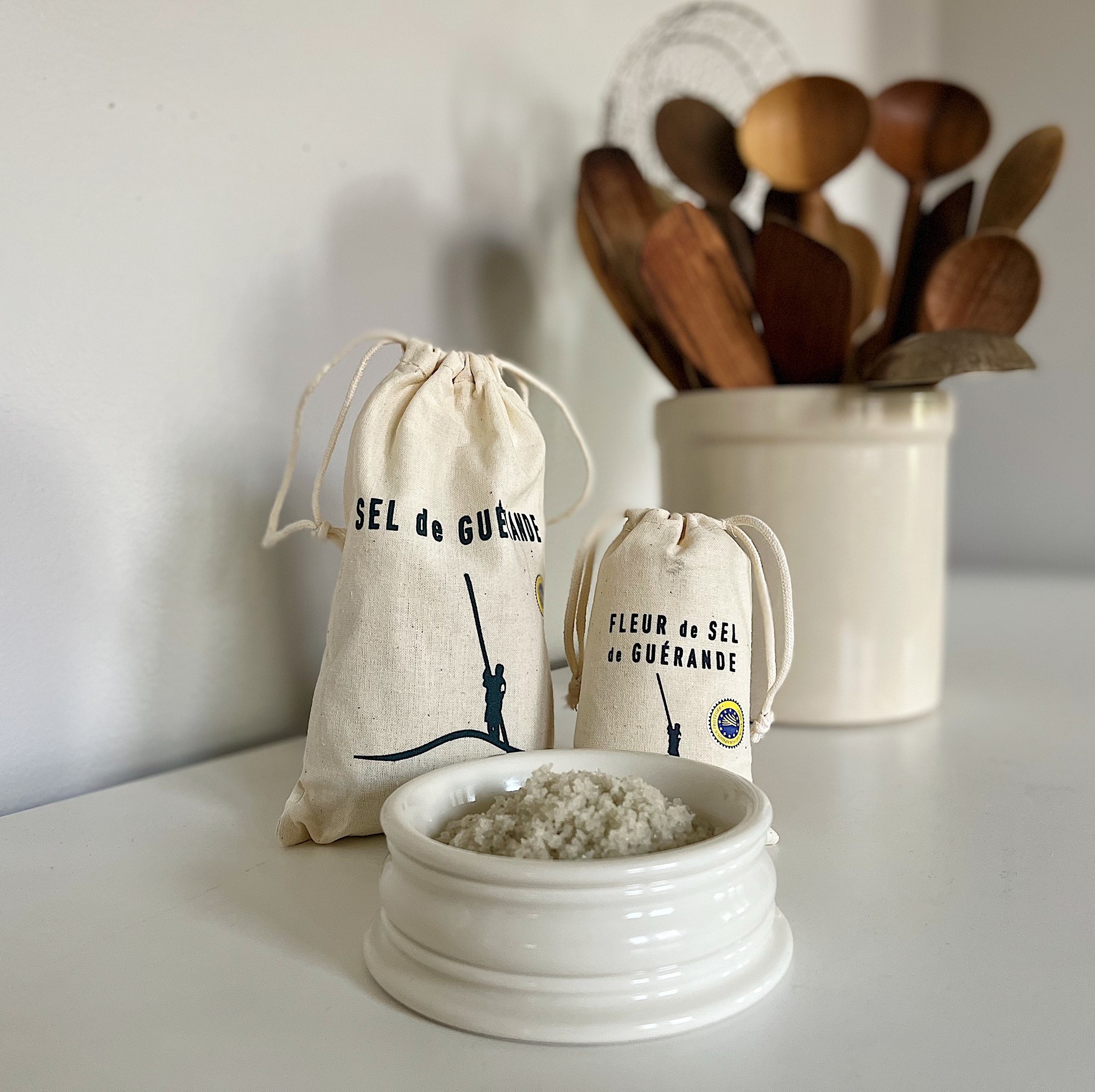 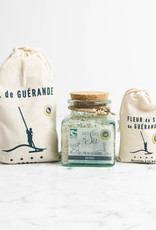 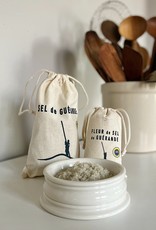 Not to put to fine a point on it, but this is a life-changing salt. Meaning "flower of salt" in French, fleur de sel is salt that forms as a thin, delicate crust at the edges of seawater as it evaporates, giving it the flavor and essence of the sea itself. Formed naturally in concert with the sea, the sun, and the steady occidental winds of Brittany, France, and painstakingly gathered by hand since ancient times, the renowned salt marshes at the medieval town Guerand produces only 2 kilos of fleur de sel a day. Precious. 500 grams/17.63oz/many pinches. Use the drawstring cloth bag for gathering rosehips by the sea (or infinite other corralling potentials) when done.

How to use: We've long been enamored of "finishing salt". The delightful ritual of sprinkling a few fine grains of naturally harvested crystalline salt over dishes just before serving is not only delicious and fancy-feeling but is an easy way to significantly cut down on the amount of salt used while cooking. TBSP of salt into the pasta sauce? Can't taste it (though the heart feels it). Pinch of finishing salt over the dish? Eureka! The mouth sings and the heart concurs!